Whether you are in contention or rebuilding, the player movement around the trade deadline is bound to be of interest. The contending teams are hoping to see big names changing leagues while the re-builders are hoping that some fresh young talents find new roles on new teams while they can still be had cheaply. But as fantasy owners we can not count on MLB owners and general managers to create the influx of talent we are all hoping to see. We are forced to make the best of what is already available and that is the focus of today's article.


The Big Finish - these are the players I see as likely to be better down the stretch than they may have been in the first half of the season. 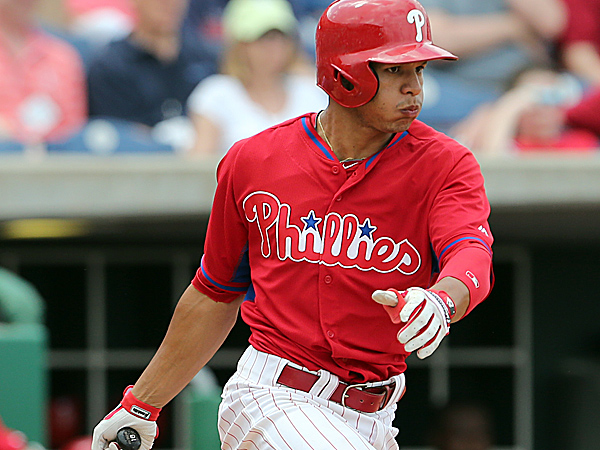 Jaso was hurt on the first day of the 2015 season and didn't player again until just a couple of weeks ago. He is already off to a hot start. Jaso hits for average with only occasional power but for a catcher (where he still qualifies in most leagues) he is an excellent hitter.

The White Sox offense has been embarrassingly bad this season after making some big moves over the winter months in hopes of putting a contender on the field. Instead most of the White Sox young players have disappointed or crashed altogether. Abreu has had a fine season thus far, though not on the blistering pace of 2014. There have been signs of the White Sox breaking out of their team-wide slump and I think a big finish for the entire team is in the cards. When they do, Abreu will be right in the middle of it.

Bogaerts has had a strong season thus far but I think it gets even better from here. While Bogaerts has been working on making better contact, he is also starting to hit the ball harder and I think we're about to see a power surge. He also has the speed to do more on the bases than he has thus far, though that may not be part of the game plan.

After an extremely slow start, Cano is finally cranking like an MVP should. Over the last three weeks he has hit .314/.368/.600 with five homers 15 runs and 14 RBI. You can probably get him on the
cheap from a disappointed owner out of the running.

Hernandez was a decent infield prospect a few years back but has always been blocked by the Jimmy Rollins and Chase Utley legacy. Now that Rollins is a Dodger and Utley's performance and health has declined to the replaceable level, Hernandez is getting his shot. Ruben Amaro has already made it clear that the job is Hernandez's to lose for the rest of the season. He is hitting for average and stealing bases. He is still available in a lot of leagues.

After the first two months of the season it would be easy to call Kemp a bust in San Diego and the deal that brought him there a horrible one fot the Padres (and they may still be true). Howver, Kemp has looked a lot like Kemp since June 1st. I bet you can get him for a song from his non-contending owners.

Conforto is not the strongest or the fastest prospect in the Mets system but he was their best prospect because he works and the Mets can be confident he will continue to work to be the best player he can possibly be. He should hit for average with decent power this season. I think he is destined to be a Mets favorite for the next decade.

Odubal Herrera has already had a solid season in limited at-bats. As the Phillies trade off veteran bats, expect Herrera's playing time to increase and his stats to improve with more consistent at-bats. The former Mid-West league betting champ could become a .300 hitting, gold-glove worthy center fielder with 40 steal speed in the very near future.

Hamels is expected to be on the move soon. Returning to a contender should be the spark that pushes Hamels back into the top tier of major league starters. The no=hitter certainly won't hurt his trade value.

Carrasco has had a solid season marred by some bad luck. The bullpen has let him down to a certain extent and his BABIP against has soared this season to a fairly ridiculous .341 which should fall steadily if there is any justice in the world. His 2.89 FIP tells the story.

A poor start to the season and an under performing lineup have been a bad combination for Samardzija owners. But of late he is pitching well and I think the opportunity to play for a contender down the stretch and build value for his upcoming free agency will drive him forward.

Unless disaster strikes Trevor Rosenthal, Seigrist is unlikely to gain a closer role this season. But the Cardinals are winning so much and Seigrist has been so good that he is a worthy pickup in any league. He will probably add another half dozen saves down the stretch of the Cards keep winning.

MR - Ken Giles, Philadelphia Phillies - Giles is not perfect, he still walks a few too many and his BABIP is high. But Giles is the clear next-in-line as closer for the Phillies when Papelbon is traded.

Papelbon has had another very good season on a lousy team. He has been adamant amount moving on to a contending team and the Phillies seem likely to grant his wish. Papelbon's value should only improve on a better team.

Ketel Marte SS Seattle Mariners - A potential stud shortstop with a real bat needs to stay healthy and a shot will come.

Robert Stephenson SP Cincinnati Reds - He is still developing but should get an opportunity if the Reds trade off their impending free agents.

Derek Law RP San Francisco Giants - His recovery from TJS seems to be complete and he could be a dominate reliever down the stretch.

Carl Edwards RP Chicago Cubs - He still walks too many but if the Cubs are still in it down the stretch he could be a big arm in the bullpen.

Posted by Jon Williams at 11:33 AM No comments: