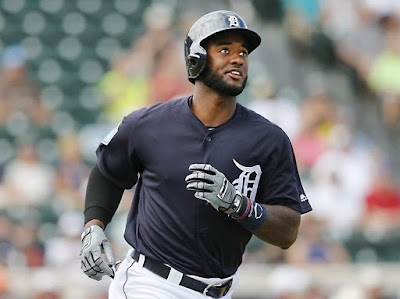 How are your fantasy teams doing? ( I really want to know). The first couple weeks of baseball season are tough. Your squad can either look great or lousy and there just isn't enough data to be certain of anything. Thus patience becomes vital. I obsess over the early box scores and beg my players to start hitting! This is when a brief distraction will do you well. You could kill a lot of time and win a few bucks at netbet.co.uk. Bury yourself in a tomb like OathBringer. Maybe give DFS a shot. The important thing is not to panic and do something you'll regret in a month or two.

In some leagues you might still have a shot at Greg Holland. After his first disastrous outing for the Cardinals he might go cheaper than expected if you are waiting to win a faab bid. I think he'll be fine. The Cards pretty apparently rushed him back and Mike Matheny's lack of game strategy didn't help. I placed a healthy bid in my leagues where he is available. Saves are saves.

Another interesting name to consider for an early waiver claim or injury replacement is Niko Goodrum. He was a second round pick of the Minnesota Twins who was a bit slow to develop. He was signed by the Detroit Tigers as a six-year minor league free-agent. The Tigers have him on the major league roster and he is getting some good playing time. He qualifies at first base and second base in a lot of leagues (a fairly unique position group). He is off to a pretty good start - batting .250/.318/.450 with a homer and three stolen bases in his first 22 plate appearances. His skills suggest he is capable of reaching 10 homers and 20 stolen bases if the playing time sticks. You could do worse.

Your league is probably catching on that Joey Lucchesi is no joke. He is not of the recent class of fireballing pitchers that dominate the propect lists but he is pretty damn good. He was the minor league pitcher of the year for the Padres who may just have the best group of prospects in the game. He has been compared to Kyle Hendricks and I like the comparison. His major league debut wasn't great (though the skills were obvious) but his last two outings including last night's six innings, eight strikeouts and zero earned runs in Colorado not excluded have been fantastic. Sign him up while you still can.

Posted by Jon Williams at 8:05 AM No comments: