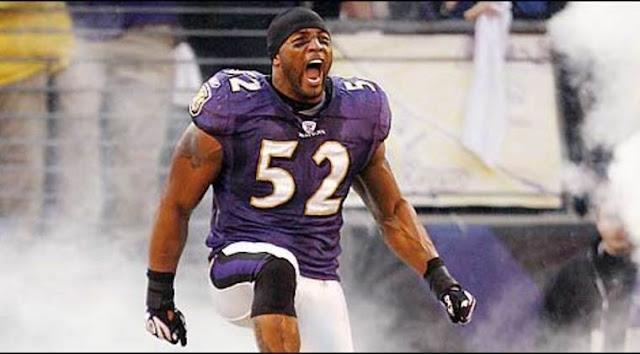 This time of year can be tough on a fantasy owner. Pitchers and Catchers is still an agonizingly long couple of weeks away. Fortunately we have the Super Bowl to distract us until then. As a fan of the New England Patriots I am a bit disturbed by how willingly I am rooting for the Baltimore Ravens. The Ravens have become a rival for the Patriots in a way the division rival Miami Dolphins have not been in at least a decade. The Super Bowl 47 Odds favor the 49ers but the contest between the Harbaugh Brothers should be a ton of fun either way. Have brothers ever been opposing coaches in a game of this stature before?

The Ravens seem like a team of destiny this year. The Ray Lewis retirement seems to have rallied the entire team in a way that we do not see often enough in sports. Lewis has had to answer some embarrassing questions about an accusation that he used a banned substance contained in Deer Antler Spray this week. He has denied the charges. Christopher Key who runs S.W.A.T. - Sports with Alternatives to Steroids also claims he can cure A.I.D.S. and Cancer so at least to some degree his credibility should be in doubt. Others have used the focus on Ray Lewis and the Raven to drag up the 2000 Nightclub murder story. But Ray Lewis has used his spirituality and engaging personality to win over most of the media and most football fans.

The Super Bowl is a fantastic event for football fans and even non-fans are often caught up in the excitement. The timing of the Super Bowl is especially fortunate for those baseball fans (like me) who dread the re-birth of the Alex Rodriguez steroid scandal. The Bio-Genesis story is already dominating much of the sports media attention. I prefer to ignore the steroid scandal as much as possible and just get hyped up for the Super Bowl. I am very ready for some football.
Posted by Jon Williams at 2:20 PM No comments:

I was a guest on the Fantasy Pros 911 Radio Show last night. They asked several questions about sleepers and recent events in baseball. I am a much better writer than radio personality, of that I have no doubt. But before me they had Joe Hamrahi from Baseball Prospectus and he had lots of good stuff to add. The show is always worth finding on BlogTalk Radio or iTunes.

Listen to internet radio with JoelHenard on Blog Talk Radio
Posted by Jon Williams at 11:44 AM No comments: 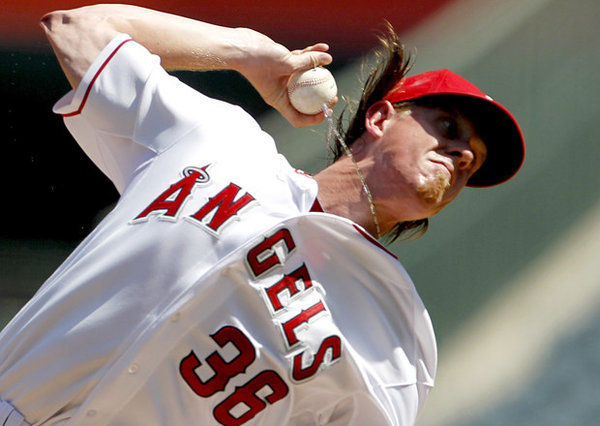 Reality has not made an appearance in the stats of Jered Weaver just yet but if you trust the stats it is indeed coming. His fastball velocity, K/9, FIP are all going in the wrong direction. In September Weaver experienced shoulder soreness in a season where he had also experienced bicep tendinitis, which had already likely contributed to his 4.24 July FIP, 4.12 August FIP and his 4.67 September/October FIP. He was shut down in October with what was described as general fatigue.  Weaver is now 30 years old and trusting more and more on his ballpark and defense to carry the day.  A disaster probably is not in the cards in 2013 but it may be time to move him in keeper leagues.
Posted by Jon Williams at 1:03 PM No comments: 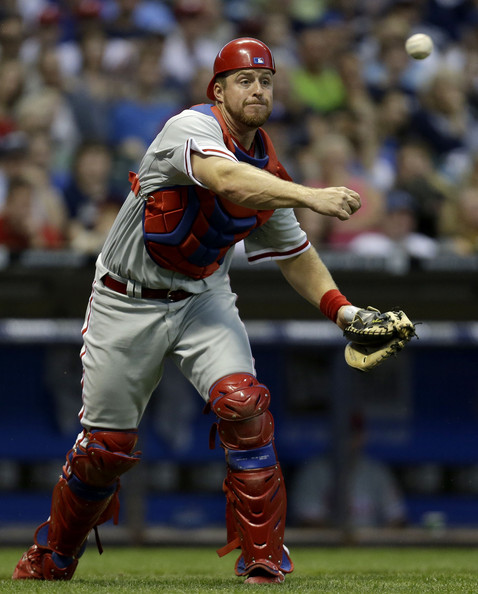 Erik Kratz has been around for a while. He has a great reputation as a defensive catcher. Supposedly, pitchers love to throw to him. His bat looks a better than the average catcher and the power looks like it could be around league average if not a bit better. Last season in the minors he hit .266/.326/.540 with eight homers in 141 plate appearances. He was called up to the Phillies and received 157 PA in which he batted .248/.306/.504 with nine homeruns. He was scheduled to spend 2013 in the majors as a back-up but thanks to Carlos Ruiz getting himself suspended, Kratz figures to get an extra month of starter at-bats. He should be more than worth his purchase price. 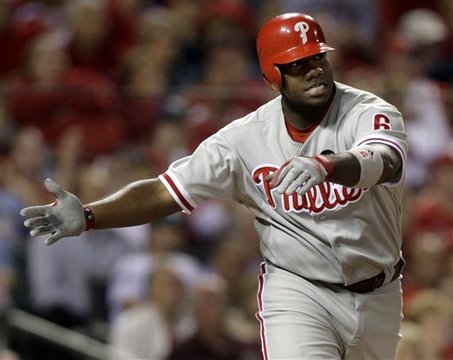 I was reading an article on BaseballHQ.com about Post-Injury Best Bets by Dan Becker when I found myself growing annoyed. All the players on the list were listed under an injury that ended their season except one. Ryan Howard was listed as a longshot to cover from the injury with which he began the 2012 season. The torn Achilles kept him of out action until early July (rather than the late May that was estimated). But he did return. He broke his toe when he dropped a weight at the end but that should not hold him back much.
He was not great upon his return but after several months away a little rust could be expected. But Dan Becker thinks that Howard is not worth investing in for the 2013 season.
There were a number of red flags in regards to Howard's declining skills even before he tore his Achilles. Now he's just a bad investment. His slash numbers have wilted across the board since 2009 and he's helpless against LHP. The PX remains terrific so he's likely to remain a nice source of HRs, but at what cost to other categories? It wouldn't be shocking to see Howard enjoy a mild bounce back season, but the decline phase of big sluggers is too ugly to risk for such limited upside.
Sure, I know Howard is not the greatest player in the game. He certainly has his share of flaws. He does not have a very good contact rate. He is a slow and lumbering sort of player. He is not a good defensive player. But how much of that actually matters to Howard’s fantasy value?
Over his career Howard has averaged a .271/.364/.551 slash with 33-plus homers in his nine major league seasons. In 2011, his last healthy season, he hit .253/.346/.488 with 33 homers and 116 RBI. Is it really so unreasonable that a healthy Howard could repeat that line? He has a reputation as a hard worker who will do what it takes to play the best first base possible and to take his spot in the lineup. He has basically performed like the slightly flawed slugger he is in every season of his career until he was hurt. He does not have any speed he needs to recover. All he really needs is healthy legs and he is good to go.
Excluding the 2012 season, Howard has been worth between $23 and $33 every season since 2007. If he looks healthy going into the season, anything less than $25 strikes me as good bet on Howard’s rebound.
Posted by Jon Williams at 4:56 PM No comments:

The Re-Birth of Chris Tillman 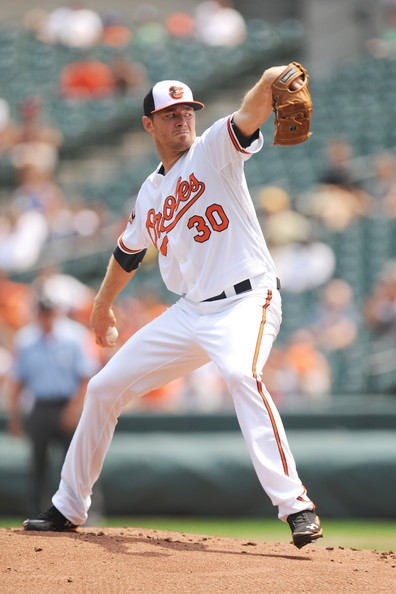 Fantasy baseball owners love cheap starting pitching, especially when that pitcher comes with ace potential. While Chris Tillman’s days of being thought of as a frontline pitcher may be over, we probably have not seen the best of him. But we did see a few hints at the end of the 2012 season. In Fantasy Baseball nothing is as intriguing as a sleeper and Chris Tillman is emerging as a nice one.
Chris Tillman was drafted by the Seattle Mariners in the second round of the 2006 draft. He was one of their better prospects when he was traded along with Adam Jones and others to the Orioles for Erik Bedard. This was a trade the Mariners surely came to regret. Jones has become a regular in the Orioles lineup and is developing into a major star. Tillman was expected to lead the Orioles great group of pitching prospects into a bright future for Baltimore. That did not happen.
Instead of success, Tillman went back and forth from the minors to the majors and back again. He was usually brilliant in the minors but got bombed after his call-ups. This pattern repeated itself throughout 2009 and 2010. It only got worse in 2011 when the velocity which had been at 95-plus MPH continued its decline into the 80s. He was now getting bombed just as bad in the minors and the majors. The experts were speculating that he was hiding an injury.
Before the 2012 season the Orioles hired Rick Peterson as their director of pitching development. He would oversee the organization's pitching development program and introduce the organization to biomechanical analysis.
"So when we have a lab in spring training, we get a guy in the bullpen at game speed and you have markers on him so the equipment will pick up angular measurements, linear measurements and rotational measurement. It's not video analysis, but you are getting true measurements of things like stride length, of external rotation, hip rotation velocities, the bend of knee at ball release…There are 40-some measurements in this testing. When you get the results back, you literally have the MRI of the pitching delivery. Then you can pinpoint very specifically, is there a flaw, No. 1, and if there is a flaw or flaws, is it mechanical, medical or conditioning? It's literally like ESPN's sports science for pitching."
After a slow start to the 2012 season Tillman was scheduled to meet with Peterson in mid-May. They worked on adjusting some movement patterns so he could be clean to the pitching rubber. They fixed the path and timing of his leg kick and his hands so that he could stay on time and be in rhythm. This allowed Tillman to better repeat his delivery. He now had a more consistent release point and eventually his velocity started to rise again.
"His throwing routine and his long-distance throwing, coupled with the ability to repeat his delivery," Peterson said. "We have seen this over the years with guys that have gone through this program. If you get a high-end velocity talent like Chris, and then you get the delivery clean, you start to see higher velocities and you see them maintained. (Miguel) Socolovich is a prime example and Miguel Gonzalez is an example of guys that have made these adjustments…If you looked at the delivery (of Tillman) prior to the ASMI analysis and look at it now, it is very apparent what the ASMI research has allowed us to identify to adjust."
Soon his ERA had dropped and his confidence was back. He was called up to face the Seattle Mariners in July and was so pumped that he pitched in the mid-90s and even hit 97mph. While his velocity did not stay at that level he was back in the 91-94mph range and pitching effectively. His swinging strike rate jumped from under six percent in 2011 to 8.1 percent in 2012. An increasing Swinging Strike Rate is an excellent indicator of a coming increase in overall strikeout rate.
Tillman was slowed a bit at the very end of the season by what was called right elbow stiffness. An MRI was performed which indicated his Ulnar Nerve was inflamed but the MRI did not show any damage.
"I thought it was real good news," Orioles manager Buck Showalter said. "The exam, [team orthtopedist] Dr. Wilckens and the MRI showed the same thing, just some inflammation at the most. All the structure is good, the ligament everything. The ulnar nerve is a little imflamed, which is normal this time of year."
Tillman finished the season with a 9-3 record and a 2.93 ERA in 86 innings pitched in the majors after 89.1 pitched in the minors. His half season was worth about $10-12 in a standard AL-only league. If you can get him for that price it would appear to have some profit potential. It may not be necessary. Early ADPs have Tillman going very late in drafts despite his recent resurgence. This may change a bit after the various expert sites release their magazines and draft guides.
The Dynasty Guru (one of my new favorites and hopefully one of yours too) recently wrote an article comparing Tillman to another pitcher who seemed to get his mojo back in 2012. Check it out.
Posted by Jon Williams at 1:24 PM No comments: