Return of the Hot Stove Junkie! 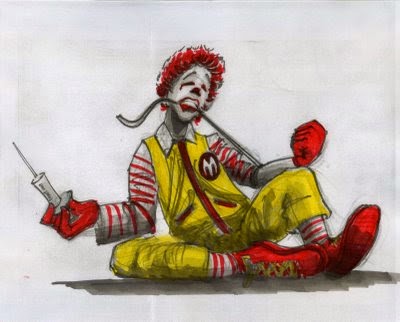 Way back in the olden days of this blog when I was with RotoExperts.com I used to write a regular column called "The Hot Stove Junkie", it was essentially just a recap of news during the off-season and the potential fantasy impact (if any). It probably seems obvious at this point but I'm bringing it back to this blog as a regular feature as I knock the dust off this thing and get things cranked again. So let's get to it.

The Los Angeles Dodgers are building a fantastic collection of front office talent.Farhan Zaidi from the Oakland Athletics is the new GM. Josh Brynes has been brought on as the new Vice President of Baseball Operations and will oversee the scouting and player development efforts. The one move I wish they had made was taking the opportunity to add Joe Maddon as the field manager. I grew up a Don Mattingly fan and he is a decent leadership guy, but he makes a lot of cringe-worthy in-game decisions. Hell, I'd take Maddon over just about any manager in the game at this point.

One of the things I expect to see from the Dodgers over the winter is a final solution to their outfield logjam. It worked out fine last season but the Dodgers need to start making room for younger players such as Joc Pederson. I think if Hanley Ramirez comes back (which I sincerely doubt) he will have to move to third base. Then they move Dee Gordon back to shortstop and create a spot for Alex Guerrero at second base (though he could be interested in a trade to the Florida Marlins, lol). Corey Seager will be up to play short or third before we know it so clearing a spot by not re-signing the declining Ramirez is a good idea. Of course the Dodgers are rumored to have looked into acquiring Chicago White Sox shortstop Alexei Ramirez, which would allow them to keep Gordon at second and use Guerrero as a utility player at multiple positions. Friedman is a fan of a strong bench and usually avoids carrying weak players just to fill spots. But more than anything I expect the Dodgers to

The Tampa Bay Rays Look to the Future

With Joe Maddon's defection to the Chicago Cubs and Friedman leaving to the Dodgers the Rays have no choice but to consider where they go from here. The 2014 season was supposed to be their season. They had their highest payroll ever and a loaded roster with the best manager in the game at the helm. But they flopped. A disappointing season that just seems to get worse and worse with each passing week. The rumors of the Rays bolting to Montreal are in full swing. I would not blame them if they did move. Though I guess they may soon be in a position to earn a lot more from their television contract, but with empty stands you have to question how much of a difference it would make.

The Rays just traded bullpen lefty Cesar Ramos to the Angels for a struggling prospect in transition, Mark Sappington. This is exactly the type of move the Rays have excelled at making in the past - turning expensive parts into cheaper and younger long-term alternatives.

Ben Zobrist is relatively cheap compared to his production but the Rays could also be trading him and/or Yunel Escobar. It would essentially be a minor re-building of the team but that may not be the worst move at this point. So may teams seem to be searching for middle infielders that they could reap a huge haul of useful parts. Nick Franklin would then get an opportunity to play everyday at second or shortstop. I still think he will ultimately hit and hit well.

From the L.A. Times:

But he thrived after moving to the bullpen in early July, finding better command of his fastball, which sits in the 96-mph range, and the sharpness of his slider.

Conger is a decent bat at catcher who is also an excellent receiver behind the plate. He will back up Jason Castro for now at least but the Astros have four major league catchers now and that is almost certain to lead to a trade of one of the others. The Astros have had tons of interest in Castro and they could probably get a killing from a team that can't afford or loses out in the Russell Martin sweepstakes.


The Astros added to their depth at catcher on Wednesday by acquiring switch-hitter Hank Conger from the Los Angeles Angels in exchange for right-hander Nick Tropeano and Minor League catcher Carlos Perez.

The Angels have already gotten to work re-building their bullpen and beefing up the farm system reserves with their two trades this week for lefty reliever Cesar Ramos and nearly ready prospects in right-handed starter Nick Tropeano and catcher Carlos Perez. These moves make a lot of sense to me. The bullpen definitely needs re-enforcements and the minor leagues are awfully thin on major league ready players.

The Angels get what they need without adding to the payroll.