Any Which Way But Loose: A 2016 All-Star Break Review

How is your fantasy team doing so far? Are you exceeding expectations or have you failed to meet them? If you are anything like me you probably have teams in both categories. I am sticking in there even in the leagues where I'm suffering a bit because rebuilding is for wussies (not really but I like the way it sounds). If you have already dumped entertain yourself with the best sportsbook while you wait for prospects and breakouts to buy with your FAAB dollars.

The most important thing to do in your All-Star break evaluation period is to be as realistic as possible about your chances. How many points can you hope to achieve by your players rebounding to a reasonable level? Which players do you own that might decline? Who can you acquire in trade if you go for it? What if you dump? Where would those trades leave you for the 2017 season?

Below you'll find some ideas to ponder and some are just fun to think about. The first half All Stars are a pretty obvious concept. They include my own biases in combination with statistical review. The second half picks are even less scientific but I feel strongly about most of them.

I'd love to hear about your season thus far and what you think of these lists in the comments or e-mail me if you want. 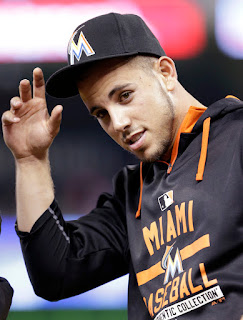 C Wilson Ramos - The power was expected but the batting average is shockingly good.

C Buster Posey - Posey is so good and so consistent, it's actually rather boring to pick him.

1B Will Myers - He's healthy, playing first base and his promising future is visible again.

3B Josh Donaldson - The A's made a huge mistake not getting more for this guy!

CI Mark Trumbo - I have to give this spot to the MLB homerun leader. He deserves it.

2B Jose Altuve - He might be the best player in fantasy baseball right now.

SS Xander Bogaerts - There are at least six guys that deserve this position,  Xander is the coolest.

MI Jonathan Schoop - He's batting 300 with power and coming into his own. Watch him!

OF Mike Trout - He is still the best of the bunch and the stolen bases are back.

OF Kris Bryant - I want to put the NL homerun leader at third base so badly!

OF Ian Desmond - I want to put him back at shortstop so badly!

OF Mookie Betts - Okay, I'm not writing my wish that Betts was still at second base. But I do.

OF Yoenis Cespedes - He's earning every penny at the plate but the stolen bases are gone.

DH David Ortiz - He's going out in style at the plate, unfortunately for him the Red Sox suck.

SP Jose Fernandez - Even with a rough start to the year he is plowing through MLB with ease.

SP Stephen Strasburg - The fear of injury never goes away, he is a true ace.

SP Clayton Kershaw - Hopefully the back injury is as minor as it sounds.

SP Noah Syndergaard - He is the new Mets ace in a rotation of aces.

SP Madison Bumgarner - This is the guy you want on the mound on the last day of the season.

MR Andrew Miller - He could be the Cubs closer in a week or two.

MR Dellin Betances - The Yankees bullpen is as good as expected, the team is pretty weak otherwise.

MR Justin Wilson - He should be a Yankee too. Cashman makes some strange trades.

CL Zach Britton - The closer for the first place Orioles is a certified stud.

CL Kenley Jansen - He should be one of the most heavily checked free agents this fall.

I tried not to pick the obvious guys every time, though this doesn't stray too far from the statistical best. A fun experiment would have been to use a 260 budget to pick the roster but who has that kind of time? 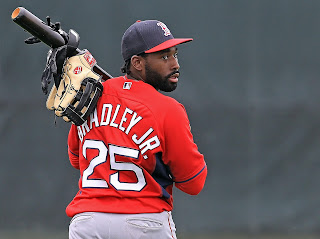 OF Jackie Bradley Jr - He is on pace for a 20/20 season if he can maintain his current production.

SS Aledmys Diaz - The Cuban found his mojo when he got DFA'd, now Peralta's old job is his.

SP Kyle Hendricks - His win/loss record shows the dude has no luck at all but he's earned his place near the top of the Cubs rotation.

RP Derek Law - He looks like a future Giants closer.

C J.T. Realmuto - A catcher that hits and steals bases always has a spot on my list.

C Wilson Contreras - The Cubs are so loaded, it just is not fair. They can trade Kyle Schwarber to the Yankees and not miss a beat.

OF Tyler Naquin - The former first round pick has raked this year but the Indians refuse to let him prove its for real.

OF Ezequiel Carrera - He looks like the future right fielder, since Jose Bautista seems determined to move on in free agency.

OF Jay Bruce - He is healthy and back in All-Star form.

SS Corey Seager - He is just as good as expected, if not better.

OF Melvin Upton Jr. - Not bad BJ, not bad at all (obligatory Independence Day Resurgence joke - as if the movie wasn't enough).

3B Jake Lamb - He deserves a slot on the real MLB All-Star team.

These are the guys you have on your roster for cheap who you'll be keeping next year and that your league mates will be bugging you to trade, but you won't.

C Russell Martin - He's switched to a lighter bat and is already showing signs of a rebound.

C Travis D'Arnaud - Since returning from the DL (again) he is hitting with power once again.

1B Carlos Santana - This guy can really hit and the Indians are back in contention.

3B Jake Lamb - I am telling you, get him now if you still can. 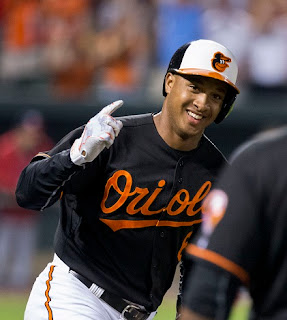 CI A.J. Reed - It's just a hunch but I think he's gonna rock after the break.

2B Jonathan Schoop - This is the birth of a star, trust me.

SS Didi Gregorius - He has figured it out. Remember when the D'Backs compared him to Derek Jeter?

OF Justin Upton - He spent the first two months doing absolutely nothing (his brother was better). He is now awake, we're just waiting for him to get hot.

OF Peter Bourjos - It has been a while but we used to think he'd be good. Now's his chance.

OF Curtis Granderson - The Mets need him to be the version that hits and gets on base.

OF Giancarlo Stanton - The Barry Bonds effect is going to do good things in the second half.

OF Yasiel Puig - You are forgiven if you forgot how young and talented this kid is.

DH Kenny Vargas - He has true power if he can keep the strikeouts at a reasonable level he could have a huge second half.

SP David Price - The skills are still on display, it is just the results that suck - I call it the Red Sox Effect.

SP Yordano Ventura - The Royals Effect is much better than the Red Sox Effect.

SP Michael Pineda - Too many skills here, he can be the Yankees ace.

SP Luis Perdomo - Another pitcher with skills and mediocre results.

SP Marcus Stroman - I have a feeling that the playoff push kicks him into gear.

SP Chris Archer - He is too good to suffer this way. Getting his center fielder back can't hurt.

MR Liam Hendricks - Since coming off the DL he looks like the bullpen ace he was last year.

MR Carl Edwards Jr. - CJ is the bullpen cog the Cubs have been missing.

MR Shane Green - He really should be in the rotation but the Tigers need him in the bullpen.

These are basically the guys I would be working to acquire in trade talks (a couple may even be free agents in some leagues). They are not playing like studs (most of them) and they present the opportunity to be better in the second half and also potentially add to your keeper list.

Posted by Jon Williams at 12:00 AM No comments: