Dock Ellis, LSD, and the No-Hitter 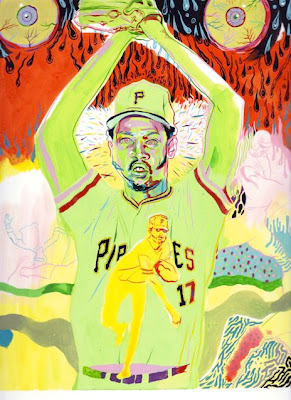 This is getting around but its so funny that I want to share it too. It was made by one of the guys at No Mas - a New York Yankees blog. It features former Pittsburgh Pirate pitcher Doc Ellis and the story behind his no-hitter, which he says he did on LSD. He even claims that he could not see the hitters, just the catcher and a general impression of whether the batter was on the left or the right. You want to watch this and definitely check out No Mas.

Posted by Jon Williams at 9:53 PM No comments: