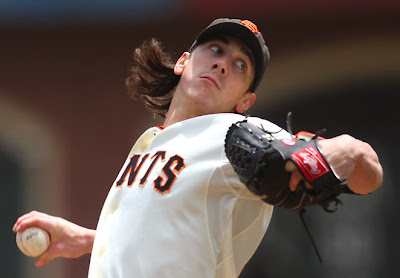 (This bad-ass photo of Cy Young Winner Tim Lincecum was taken by Brad Mangini of SI.com)

You should see the Yankees Fantasy Report later this afternoon. The Hot Stove season has wasted little time getting going. We have already seen a handful of trades and signings. The Rule V draft is coming and there always seems to be someone drafted that has a major league impact. Last year it was Everett Cabrera who I attempted to grab in my primary NL-only but failed to acquire. The lesson I learned is not to wait until dollar days for the guys you really want. Even if you expect to get them for $2, there is always some owner who hasn't spent his money hanging around to steal your guy! Okay, maybe it was his guy too, but you take my meaning.

The Arizona Diamondbacks strengthened their bullpen by acquiring right-hander Aaron Heilman from the Cubs for a pair of minor leaguers. (LINK)

I like this move for the Diamondbacks. Heilman is not an ideal closer but he has stuff that I think he can rediscover if he's over his pouting about being a starter. Oddly, Heilman was dealt to save the Cubs a few bucks which they used to sign a lesser pitcher. But more on that later. The D'Backs are thin enough in the bullpen that Heilman becomes a potential saves candidate should anything happen to Chad Qualls. The minor leaguers don't appear to be worthy of fantasy consideration at this point.

This is a good move by the Royals. If Dayton Moore understands anything about team building it is that good relievers can be had. Thompson is unestablished by showed some tools in the past. It was worth the minor league contract to find out if he can harness them. We will have to wait to see how things develop for the Royals before deciding on his chances of having some fantasy impact.

The Cubs and left-hander reliever John Grabow have agreed on a two-year deal worth $7.5 million. (LINK)

Dave Cameron of Fangraphs.com went off on this earlier but Grabow is a lefty specialist who is overrated due to his ERA. We fantasy owners like it when our relievers experience good fortune but we smart fantasy owners don't bet on it happening again.

Free-Agent outfielder Jason Bay rejected an offer believed to include four years and around $60 million. This comes from SI.com's Jon Heyman. (LINK)

I have no inside information on how far the Red Sox are willing to go to sign Jason Bay. However, if this report is true and Bay really wanted to return to Boston he probably should have taken the deal. Bay will probably find someone willing to give him more years but I doubt he'll do much better on an annual basis. I do think Bay will continue to be a pretty good fantasy player for a few more years but we've already seen his steal totals erode along with his defense. It is all downhill from here.

Tom Hicks may manage to hold on to the Texas Rangers. Hicks is putting together a group of local investors, including Hall of Fame quarterback Roger Staubach, for a bid that would enable him to keep majority ownership of the team. (LINK)

I hope Hicks pulls it off. The Rangers have been doing incredibly good work lately. I would hate to see it screwed up by some idiot looking to make an impact.

I love Timmy. There is no pitcher I would rather have on a fantasy team right now.

I love Zack. There is no pitcher I would rather have on an AL-only fantasy roster right now. If you listen to Greinke's comments you can see that he still suffers quite a bit of social anxiety. I hope he's continuing to get help.
Posted by Jon Williams at 1:36 AM 2 comments:

Which Rookie (or close enough) Can Make or Break Your Fantasy Team? 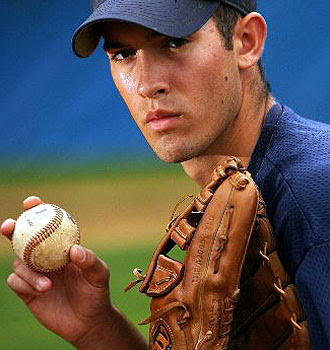 Although everyone preaches not to rely on rookies to propel your fantasy team, there is no denying that rookies can have a huge impact. In the last few seasons we've seen Ryan Braun, Evan Longoria, and Tim Lincecum come from the minor leagues and show first round talent. Which rookie are you counting on this season? 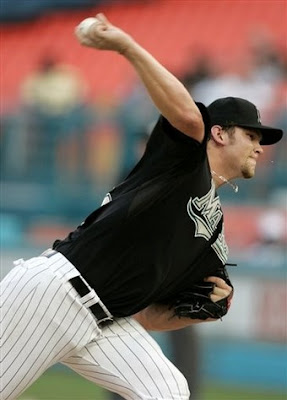 Posted by Jon Williams at 5:07 PM No comments: