It is never too late for a plan to come together.

Your draft or auction is only one part of many that make your fantasy season. It is an extremely important part but still just one part. A hardworking owner even in a fairly deep league can recover from a bad draft by diligently working the free agent list and the waiver wire.

You may search your waiver wire on a particular day and see nothing but back-up catchers and utility players but it is not always the case. Players that can help your team become available all the time. It is your job to stay informed and be ready to claim or FAAB them when the opportunity presents itself.

Who are these players that become available during the season? Late signing veterans, older veterans who teams are signing to fill holes created by injuries or ineffectiveness. Sometimes it will be a bench player who gains a larger role on the team. Players returning from long term injuries are another source of talent.

You also need to keep a close eye on the transactions of your fellow owners. Maybe they released a slow starter that can help you. Did they recently activate a player returning from injury or a newly promoted rookie. Who did they release to make roster room.

Here are some players that may be in a position to help you soon.

Johnny Damon - The aging veteran is still capable of a 15/15 season or even 20/20 given health and the right role in the lineup. He should be activated any day now.


Marlon Byrd - In AL-Only leagues, Byrd has just become available. He is starting slow this season and has not been trending well but of you've been hit by one of the recent spat of injuries, you could do a lot worse. He has 20/20 potential and should hit for a better average in Fenway Park.


Freddie Sanchez - This veteran is fragile but an effective hitter when healthy. If he were healthy for an entire season he would capable of batting .300 with a handful of homeruns and steals.

Juan Pierre - He just barely made the team but has steadily gained playing time and is now in the lineup against most right-handed pitchers. He could hit for a decent average and steal 30 bases.

Francisco Cordero - This former closer had been sitting on a lot of waiver wires. With the recent injury to Sergo Santos he should be one of the most frequently claimed players this week.

Jarrod Parker - He almost made the team out of Spring Training. He has been promoted and should be able to keep a spot in the rotation. It is hard to say what a rookie pitcher will do but he has ace potential.

Tyson Ross - Few were familiar with him before this season but Mr. Ross has been an effective pitcher so far this season. Scoop him up if you are in need of quality innings.
Posted by Jon Williams at 9:24 AM No comments: 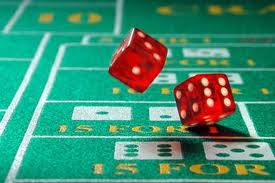 I heartily concur with Pauly's Picks this week, but there are a few other players I'm looking at as potential free agent pickups, so in the spirit of sharing, here they are:

Jamey Wright - Depending upon the structure of your league and how liberal the free agent policy is, Wright may be worth a bid. In my 15-team mixed, we have a $100 FAAB, and we use the Vickrey auction format, which makes a modest bid a decent play. As of this writing, Eric Wedge says he is sticking with League, but that could easily change. There looks to be a decent chance that Aardsma will not be back at all, which makes Wright even more attractive.

Marc Rzepczynski - I think this guy is a good play in deep "only" leagues, regardless of whether they are keeper leagues or redraft leagues. He has been pitching very well in relief, and I suspect he will wind up in the rotation by the end of the year. I even like him in mixed keeper leagues, where he can probably be picked up for a couple of bucks and could be a potential freeze for 2012.

Laynce Nix, Endy Chavez - These guys have been sitting on waiver wires and free agency lists in many leagues, and there is a chance they can provide you some short term help. Nix should get plenty of at bats for the Nats, at least for a while, and he has been displaying good power and hitting for a good average so far. As for Chavez, many have forgotten he's still in baseball. He's a little long in the tooth, but still has some wheels. The Rangers look like a MASH unit, so Endy should get a good bit of PT and may swipe a few bags for you. Just don't break the piggy bank to grab him.

Louis Coleman - I know that Soria has been one of the safest bets around for the last few seasons, but I like this guy and would not be surprised to see him get a few more save opportunities, despite what management is saying.

Will Rhymes - A terrible start got him sent down, but if your league lets you FAAB guys in the minors, he's not a bad gamble in an "only" league if you have a place to stash him. The guy has absolutely no pop, but he has a good eye and some speed. He could be back up with the big club before long.

So, just a few nuggets. I'll probably be throwing a few ducats at some of these guys myself before the weekend is over.

Good luck and have fun!
Posted by Scootron at 12:20 AM No comments: