This is the second in a series of rankings. This is the NL, sorted by wOBA with a 130 at-bat minimum to allow us a glimpse at a few potential breakouts.


Some interesting names for further study:

Posted by Jon Williams at 8:03 PM No comments:

This is the first in a series of 2011 performance rankings. The information is taken from fangraphs.com and transferred to excel by me. This list is sorted by wOBA and has a 130 at-bat minimum, so we can see some of the potential breakouts we'll be going after in 2012.


Some names from the list that may warrant some further study include:

Posted by Jon Williams at 10:09 AM No comments:

This is the official ballot of the Fantasy Chapter of the Baseball Bloggers Associations' vote for the Stan Musial Award which recognizes the Top Player in both the American League and the National League.

American League
National League
You can check out member blog opinions on these great sites:

This is the official ballot of the Fantasy Chapter of the Baseball Bloggers Association's Walter Johnson Award, given to each season's best pitcher.

This is the official ballot of the Fantasy Chapter of the Baseball Bloggers Association for the Willie Mays award, given to the best rookie in each league.

You can see other member votes on these sites:

Dear Mr. Fantasy
Posted by Jon Williams at 5:25 AM 1 comment:

The official Connie Mack Ballot of the Fantasy Chapter of the BBA reads as follows:

You can find our member opinions here:

Dear Mr. Fantasy
The Sporting Hippeaux
Posted by Jon Williams at 6:19 AM No comments: 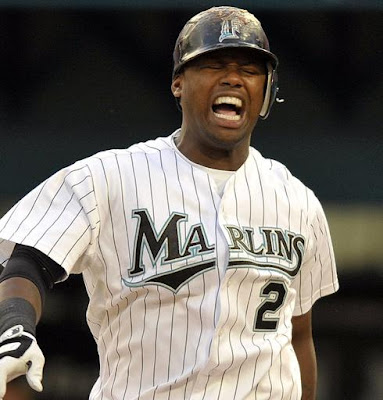 Hanley Ramirez's injured shoulder needs surgery. He could potentially miss up to six months which makes it possible he will not be available to start the 2012 season.

According to Joe Frisaro of MLB.com, the Marlins’ medical staff has recommended surgery for shortstop Hanley Ramirez, who has been bothered by an unstable shoulder since attempting a diving catch in early August. No exact date has been set for the procedure, but it should take place within a week.

The recovery time could last anywhere from four to six months, meaning Ramirez might not be ready for the start of spring training next February and could even miss the start of the 2012 regular season.

Posted by Jon Williams at 1:11 PM No comments: